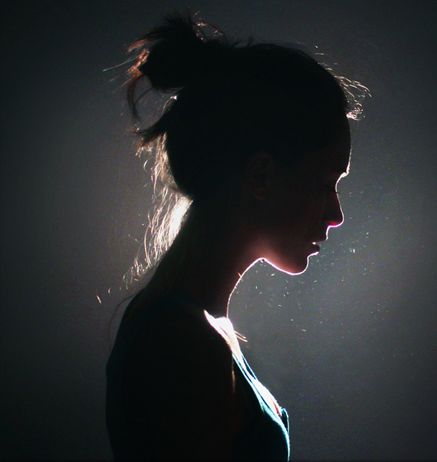 I continually observe in my professional life that the perennial suffering of woman is her self-doubt – the shadow that obscures her innate beauty. The female principle that is the virtue behind the physical body of woman is, in most cases, well and truly buried. This unpromising aspect of the female is continually undermined by man. Over thousands of years man has utilised his male superiority in physical strength and economic one-upmanship to cast doubt and uncertainty on woman’s natural state of love. He has achieved this by making her emotional through his inability to reach her deepest centre in physical love.

The distance that separates partners not connected to the profundity of love creates disharmony and conflict between them.  An emotional woman becomes vulnerable to the excitation of male energy, which is abhorrent to her natural innocence and feminine sensibilities. The male sexual energy is psychically absorbed by woman’s body through unconscious lovemaking, together with the coarse vibratory influence of the male-dominated world. Even a virgin or pubescent girl is already psychically impregnated with the global disorder of unhappiness and primed for sexual exploitation by man.

Sexual energy, without the reassuring presence of love, contaminates the female subconscious through the formation of emotional clots which become lodged within the passage of the vagina. These clots pulsate when sexually aroused, or through excitement, which replicates the male phallus becoming erect and predatory at the prospect of an emotional feed. Furthermore, when woman becomes more deeply attached to the intensity of sex without love, her hormones secrete a hybrid form of testosterone that alters her psychic frequency, which then becomes predominately male. When inactive, these clots become hard and unyielding, often resulting in a woman closing off to man and love altogether. It’s this male-induced sexual aberration that often triggers a preference in some women for a lesbian relationship. Even the most saintly or celibate woman is sexually frustrated and periodically uneasy in herself.

Any type of shadow is a dark shape that appears on a surface that’s created when a source of light has been cut off or defused. The source of light within the body is the divine spark or cosmic constituent that determines the self-knowledge and appreciation of life on earth. Whenever we touch this inner radiance it’s always as a direct communion with the beauty and wonder of life. The source of divine light is constant and unwavering, but becomes less discernible as experience and past coalesce into an emotional mass that casts shadows on the walls of the subconscious. These shapes bend and gyrate in the diffused light like shadow puppets, enticing the mind into a maelstrom of emotional negativity. In fact it is these psychic contortions which are replicated by the jagged, sexually-explicit dance performances by some of today’s popular entertainers.

The shadow in woman is her emotionality, which attaches her to an impossible dream of personal love. When the shadow is able to influence her decisions and choices, the selection of a partner will eventuate circumstances in the relationship that bring to the surface hidden emotional fears and self-doubt. Woman’s subconscious impulse is to unite with her essential nature of impersonal love. In her natural state she emanates a power which brings to her a man who represents her formless love within. When in touch with her love, she is one with the earth and the cosmos, whose delight is to provide her with all that is needed for her pleasure and fulfilment in life. This idealised love cannot be realised universally; but only in the individual woman who has suffered enough and refuses to compromise with the demands of sex without love.

To emerge from the shadow and unite with her true nature, a woman must be prepared to make a stand for love. Never again must she entertain an excitable, impatient man who is unable through his actions to demonstrate that he’s worthy of her love. She has to see that the cause of her discontent and heartache has been her willingness in the past to surrender herself to the sexual force of men instead of the power of love in man. A man can only realise his authenticity and power to love through a woman who refuses to compromise with the effects of past sexual dishonesty. And she can only do this when the shadow in her has been enlightened in love and no longer able to drag her down into the depths of despair. Of course, to banish the shadow for good is a momentous undertaking and requires a man to be willing to enter the profundity of woman and be vulnerable to love.

This is the subject of the next post: Man’s Task in Love.