The Touch of Love 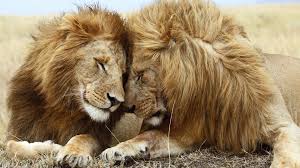 To be touched by something is a direct experience that bypasses the emotional self and communicates to the depths of the being. To be touched in love there is no discernible movement, but a direct knowledge of rightness and gratitude, both inwardly and without. To be touched by a work of art is to edify the consciousness as a unity of being that reduces the distance between the viewer and what’s being observed.

To be moved by anything stirs the emotions; the person then becomes identified with the experience and oblivious to the inner realm of love. What’s usually overlooked is that any movement creates an opposite effect to counter balance the pendulum effect of emotion, either as the rising wave of excitement or descending wave of depression.  Any kind of movement is a degradation of consciousness that exists as a negative force of ignorance. The whole world exists as a continuity of movement.

The sensual touch of a man is different to that of a woman. His fingers and hands are extensions of the psychic being and communicate a presence beyond the physical touch feeling. To the degree that a man is sensitive to his inner nature, he emanates a quality of love that can reach a deeper place in a woman, even in his caress and loving embrace. A man less sensitive and who is continually looking for sexual gratification vibrates at a coarser frequency; his touch is harder, reaching only the surface level of a woman’s inner mystery. A man, if he is willing, has to become accustomed to the sensational presence of his body and consciously feel the vital life that flows through his inner system without thought or fantasy.

Nature provides the mirror of the sweet nature we all love and recognise in one another, particularly in those times of spontaneity and innocence. A woman can often perceive a quality in man by the way he pauses to acknowledge beauty during the day. To the degree that a man has received the accolade from woman through his nobility and service to the female principle, he is able to reach her in a deeper place than a normal lover. Physical union is the divine touch of love in existence: the eternal magnet that draws lovers together towards a deepening knowledge of that profound mystical realm.