UFOs: A Close Encounter with Reality 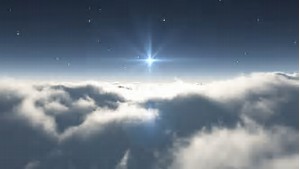 Occasionally something happens so outside the normal range of experience that it challenges the credulity of even the most open-minded individual. That being the case, here’s an account of an experience that recently happened of such an incredible event.

I’d arrived home from a work engagement. It was around midnight and a stunningly clear evening with a magnificent canopy of stars. I’d just parked the car when an incandescent light of extraordinary brilliance appeared a few hundred feet above me. I knew immediately that this was a visitation from another time and place. My body began to resonate at an intensified rate due to the proximity of the object. I knew that UFOs originate from the present as an aspect of reality behind the formal appearance of space. But this was a close encounter with reality appearing externally in the sensory world.

Around the centre were concentric light spirals which illuminated an outline of something more solid. The upsurge of energy within my body was palpable and not unlike the death energy when it arises to the surface awareness. The UFO was motionless and there was no sound. The scene was so totally absorbing that I can see why these things are rarely captured on film in a one-on-one situation. I stood riveted to the spot for around five minutes or so until the glowing radiance of light slowly disappeared into the black.

When contact is established the effect on the psyche and the physical body varies, but can be spiritually productive if the experience is contained and not emotionally embellished. By being as still as possible in the amazement of such a happening, the observing intelligence can be raised in consciousness and purged of some past emotions stored within the subconscious. If someone is at a level of consciousness compatible with extra-terrestrial intelligence, there can be a direct communication that is beyond the rational mind.

The most common form of UFO manifestation is through robotic life forms that function in a similar fashion to unpiloted drones in our own world. As I’ve mentioned in other posts, these robots have their origins on earth and are the offspring of a genetically modified race of cyborgs, which literally came to life as a consequence of exceeding the speed of light in exploratory space journeys in future earth time. However some extra-terrestrials are so evolved as cosmic beings that they function as permanent lights or spiritual deities at the extremity of higher mind.

The spiritual task is to merge as much as can be done while alive with the spiritual being behind the body. This is extra-terrestrial intelligence, the source behind the physical form. From this it’s clear to see that scientists, in pursuing a purely objective search for extra-terrestrial life, are looking in the wrong direction. They will never succeed in their quest to discover the secret of UFOs in a way that can be proved conclusively to the world. It’s not because the knowledge is denied them; it’s just that the vast body of science is stuck in a rut until some of its eminent minds can be extricated from the limitations of relativity theory. The new science is beyond the confines of the past; it’s the past and reliance on knowledge retained in the memory that keeps humanity firmly rooted to the material world.

Not everyone will encounter a UFO, nor do they need to unless it happens. What I experienced was a meeting with an aspect of reality, which I suspect has happened to others but not necessarily reported. It’s the absence of past that creates the harmony in the timeless realm; any kind of negativity cannot build up as it’s continually dissolved. Star wars exist only on earth in the minds and imagination of human beings. The universe is uncorrupted, apart from where man has so far travelled to the other planets. You don’t need a crystal ball to foresee what’s going to happen on the Moon and on Mars when the developers get to work mining for resources for profit and gain.

The epoch is here where there is now the possibility for those who are willing to make the ultimate sacrifice to bridge the gap between the inner and outer realms of existence. As we individuals shed the skin of our former ignorance, the remarkable truth within the being begins to reveal aspects of its mystery. This is possible in these times due to the release within the psyche of inspirational knowledge and ideas for those receptive to its truths. UFO sightings will become far more widespread in the future as a cosmic initiative to purge the human psyche of the past.