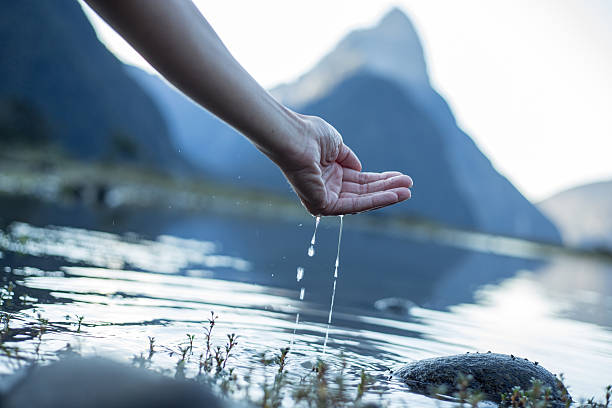 The holy grail of the spiritual life is what is termed ‘enlightenment’. But such terms are coined by the unenlightened minds of followers who don’t know in their own experience the truth of existence. And yet as rare as it is, certain individuals such as myself come forward to declare themselves as enlightened beings, having realised the truth of life at a specific level of mind. So what is enlightenment?

Enlightenment is the realisation of the one ever-recurring moment being created as each frame of sensory existence. Within the purified space of the being, the speed of intelligence is so swift that it is able to process the original moment at a level which eliminates any reflection on the past. As a consequence, the clarity of mind enables the perception of the actual energy behind the formal appearance of the objective world that is normally obscured by the layers of emotion.

In the enlightened state is the uninterrupted knowledge that, regardless of being dead or alive, I am. Once realised, the state remains to be drawn upon at any time as an unshakeable knowledge of truth. It’s this immeasurable quality of completion which characterises each level of authentic spiritual realisation. What is inherent in this immaculate state of being is the immediacy of knowledge of everything without the need to reflect on memorable impressions of the past. This is because what is implicit within the state of enlightenment is that whatever is needed will be provided in any moment. Similarly, what is no longer needed will be taken away.

To participate in the enlightened state is to release, now and every moment, any continuity of existence. It’s letting go of the past, the death of what was, which keeps the psyche free-flowing. What’s happened is that we human beings have been inculcated by the example of parents, teachers and society to hold on to our experience. The mind freeze frames existence by thinking and resurrecting the past, which creates psychic blockages of emotion that excite and depress the emotional body of self as a perverse form of pleasure and pain. As a consequence, people have lost touch with the subtlety of their natural wellbeing and become attached to an emotional way of life.

From the spiritual perspective, the inner space of most people has clusters of self-knowledge scattered here and there about aspects of the truth. In the enlightened state these fragments of knowledge coalesce as a unified state of being beyond the rationality of the mind. People often say with great conviction that all they desire is to be enlightened of the burden of existence. They want the knowledge and freedom but are not prepared to pay the price: the surrender of their personal self.  Each day we frequently enter the blessed enlightened state but are quickly pulled out by the distractions of the world at large. The world is not the problem; it’s the attachment to the need for experience that undermines the uninterrupted state of inner peace.

The challenge is to enjoy life in whatever way it comes, but not holding on when it’s time to go on. Time is the burden of existence. As mortal beings we are slaves to the ongoing movement of time and the inescapable approach of death. We do our best to be optimistic and cheerful about death because deep within there’s the knowledge there is no death, only of the body, and that life is everlasting. But that’s not enough to quash the fear or uncertainty that so often makes living problematic and bewildering. The enlightening energy is the timeless portion of our being. Until the past is negated while alive, we are bound to an endless cycle of death and rebirth.

So what is enlightenment? The acceptance of life, come as it may, lived as a physical body with all its restrictions and vulnerability to sensory existence. And, finally, that love is what I am, unknowable in its mystery but not beyond being as the spiritual essence of the earth.